Tag Archives: no days off

If you rounded up a group of people who had 10-20 pounds they were trying to lose, “do you wish you could lose it in a week? How about less than a month?” I guarantee you every one of them would answer yes.

This is the offering made by every detox cleanse diet. These “fad” “crash” diets have been made popular by celebrities, who face considerably pressure to make their body fit the director’s description of various characters. Beyonce made the “Lemonade Cleanse” famous when she lost 20 lbs in preparation for Dreamgirls. After shooting was over, however, she regained the weight rather quickly (Yahoo)–in general, we only see the dramatic losses, not the eventual regains in weight.

Are cleanse diets really worth it? Do they really “detoxify” your body?

This is a rather broad question, so I’ll break it down into several points:

What is a detox diet?

It seems that almost every “detox” diet has a different definitely of what it truly means to “cleanse.” As a general rule, diets that claim you cannot properly cleanse your cells without their specially formulated product are probably not worth your while. Common sense dictates that if it’s something we need to do, then what we need to do it must occur naturally, not require a laboratory for manufacture.

Further, diets that claim you need a specific (naturally occurring) substance, such as apples, kale, or their great grandmother Hagatha’s tears of true joy, are also eliminated as bunk. Humans live throughout the world, and so far there have been few  deaths that resulted from a person dissolving into a “bag of puss.” (thanks for that visual, Raw Reform)

Essentially, if you’re looking for a diet that will “cleanse” your system, pick one that is either a water fast, or requires only a variety of produce to do.

As far as not for profit detox diets, their definition of the word seems to be:

The benefits of a diet such as a water fast, a juice fast, or eating only raw produce for a period of time are very similar (or identical, in the case of water fasting) to that of any kind of fasting.

As I mentioned in a previous article, fasting induces some physical reactions similar to those that exercise creates, as well as many others. The scholarly literature goes back into the 19th century, but in the two most sought after are usually:

These benefits will also be seen in a “detox” diet, as they almost unanimously lower calories into the realm of a “partial fast” (under 600 kcal a day).

Detox diets also remove junk food, psychologically reactive chemicals (such as alcohol and caffeine), and most–if not all–of the more difficult to digest foods, such as fibrous produce, meat, and fat. Perhaps the most logical reason that dieters feel “clean” during and after “detoxing” is that by removing most or all of their food sources, they also eliminate possible allergens, or foods that they are sensitive to, such as wheat, soy, lactose, eggs, and peanuts (as well as many more uncommon sources of irritation).

If you’re experimenting with detoxing and feel less enflamed (not to be confused with bloated, which is caused by excessive sugar or salt, but not an usually by an allergy) than you did previously, they would be wise to experiment with removing single ingredients from their diet to expedite the process of finding what food is causing discomfort.

As with fasting, low calorie diets or diets intended to put you in a state of ketosis (cleanse diets can be both or either) have the potential to upset your electrolyte balance, which can cause cramping, irritability, and lethargy. Seniors, children, adolescents, and women who are pregnant or nursing should definitely not attempt these, and others should keep in mind that if they experience these symptoms they should address them (a sports drink and a more varied diet usually does the trick!)

Reducing your calories should be approached cautiously, especially when under 800 calories. Your blood sugar will most likely drop drastically, which, depending on your current health, could lead to extreme fatigue, dizziness, and possible faintness. If you begin this diet, start on a Friday night, for a weekend that is free of plans, especially those that require cognitive skills and driving.

Also, expect to spend a considerable amount of time in the restroom, as many “cleanse” diets are made up primarily of laxatives and diuretics.

Overall, detox and cleanse diets can have a similar effect on your system as a prolonged fast, either traditional or modified (under 600 calories daily).

However, if you’re feeling “toxic,” there is absolutely no scientific proof that these regimens will have any effect. Your body already has a fantastic waste management system, in the form of your kidneys, liver, intestines, and cardiovascular system.

Have you ever done a cleanse diet?

Do you know anyone who has completed one of these regimens?

Have you ever been tempted to try one?

Sleep Your Way To The Top 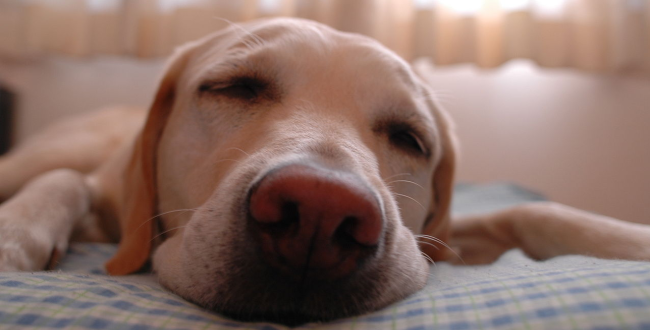 Sleep: every single creature does it, it takes up about a third of life, if we skip it just for one day we lose the same amount of mental function as being legally drunk, and scientists don’t know what it really does.

Earlier today, I decided that a visit to ted.com was in order. This video caught my attention:

In it, Russell Foster explains that sleep is not “an illness that needs some sort of cure,” but rather one of, if not the most important behavioral mechanism that controls us.  Though no one knows definitively why we do it, science does know that it is tied to memory consolidation and problem solving, and without it, we become stupid.

Lately, however, sleep deprivation has become somewhat of a thing to be proud of. I’m sure we’ve all witnessed (or been guilty of) bragging about only getting a few hours of sleep and then going to work or school the next day. The braggart may have gone, but were they anywhere near as productive?

The Effects of Sleep Deprivation

Depriving yourself of sleep wreaks havoc on both the mind and the body, yet it’s become a norm in Western society. But what are the effects?

Does sleeping 6 hours a night sound fairly normal to you? Perhaps the effects don’t seem that bad, you’ll catch up on the weekend…right?

A study by Van Dongen showed that though the effects seemed benign, restricting sleep to 6 hours or less a night over 14 days reduced cognitive ability to a level similar to skipping two days of sleep in a row. However, participants did not rate themselves as feeling impaired, which is why it can seem fairly harmless to consistently restrict snooze time.

Sleep is also a prime time for the formation and cementing of memories. In a Q&A session following the above presentation, Foster also explains that regular trouble sleeping can be connecting to a variety of mental illnesses, including depression, schizophrenia, and PTSD. He and his colleagues have found that those who are sleep deprived have much more difficulty remembering traumatic memories than those who are fully rested, and hypothesize that excessive wakefulness may be a natural coping mechanism.

As every athlete (at any level) knows, a huge part of exercise performance is based on mental stamina and willpower. The body also needs time to repair itself after heavy exercise sessions, and to be ready for the next physical trials we throw at it.

It should come as no surprise that sleep loss has detrimental effects on exercise. In a study that deprived participants of sleep for 36 hours, then stuck those poor souls on treadmills, an 11% decrease in time able to exercise was witnessed, despite a doubling of prize money for completing the assigned goal. Two groups seemed to form: “resistant,” and “susceptible,” with the resistant group losing as little as 5% of their productive time, but the susceptible group losing up to 40% of theirs.

When you are sleep deprived, your body starts releasing higher levels of ghrelin, and decreasing leptin. This surge causes you to feel hungry more often, especially for carbohydrates, as they are a quick way to “boost” energy.

At the same time, because growth hormone (GH) is released in it’s highest amount during the first portion of each sleep cycle, those who miss out have slower metabolic functioning. In addition, sleep deprivation increases the rate at which the gastrointestinal tract absorbs glucose, which can lead to increased insulin resistance if chronic. (Mullington)

How to Get a Good Night’s Sleep

Thinking of hitting the sack a little earlier tonight? Good! Here’s how:

There are many more effects that chronic sleep deprivation can have, including some very scary statistic on cardiovascular health. My goal for this article was to point out the effects that are more immediate, and therefore, more inconvenient for us in the short term.

Hopefully I’ve helped motivate some people to put their phone down and get that extra hour or two of sleep!

How many hours do you sleep when you don’t have an alarm set?

Do you often deprive yourself of sleep? Why? How do you feel it affects you?

How Important is a Good Workout Playlist?

Need to go to the gym, but not feeling motivated? Feeling run down by the world? Craving that pre-workout supplement, or maybe having a moment where you considering purchasing some? Science says that you can get similar benefits from your ear buds as from your local GNC.

Music as a Supplement

Music, undeniably, affects our bodies production and regulation of hormones, cytokines, peptides, and signalling molecules for neurotransmitters. Our emotions, stress levels, and immune function are thus altered while we listen to those sweet beats (Gangrade). It stands to reason that the right tunes can give us a physiological boost, as well as a psychological one.

Techno music, specifically, has been found to cause a significant increase in heart rate, systolic blood pressure, and a raise in emotional state. A 1998 study suggests that 30 minutes of fast techno music would out perform many pre-workout supplements, by boosting not only your heart rate and blood pressure, but also by increasing your endorphines, GH, and noripenephrine by about 50%.

Effect of 30 minutes of techno and classical music on heart rate, systolic and diastolic blood pressure (data adapted from Gerra. 1998 by Suppversity)

Relative (to baseline) neurotransmitter, catecholamine and hormone response to 30 minutes of techno vs. 30 minutes of classical music (data adapted from Gerra. 1998 by Suppversity )

What if you don’t like techno? Don’t listen to it! Being subjected to music you don’t like can make you feel tired faster, and raise your perceived exertion without any actual increase in heart rate(Nakamura).

Resources for the Perfect Playlist

I’m a huge fan of Steady130, a site that creates monthly original mixes and organizes them by beats per minute. They have a few different genres of songs, and I either stream them from my phone or download them (depending on how reliable the WiFi will be where I’m working out).

If you want to look up the beats per minute of any song, check out songbpm or runningplaylist.

Do you run to music?

What kind of music do you perform cardio to, vs. anaerobic (lifting)?

Need a kick in the pants?